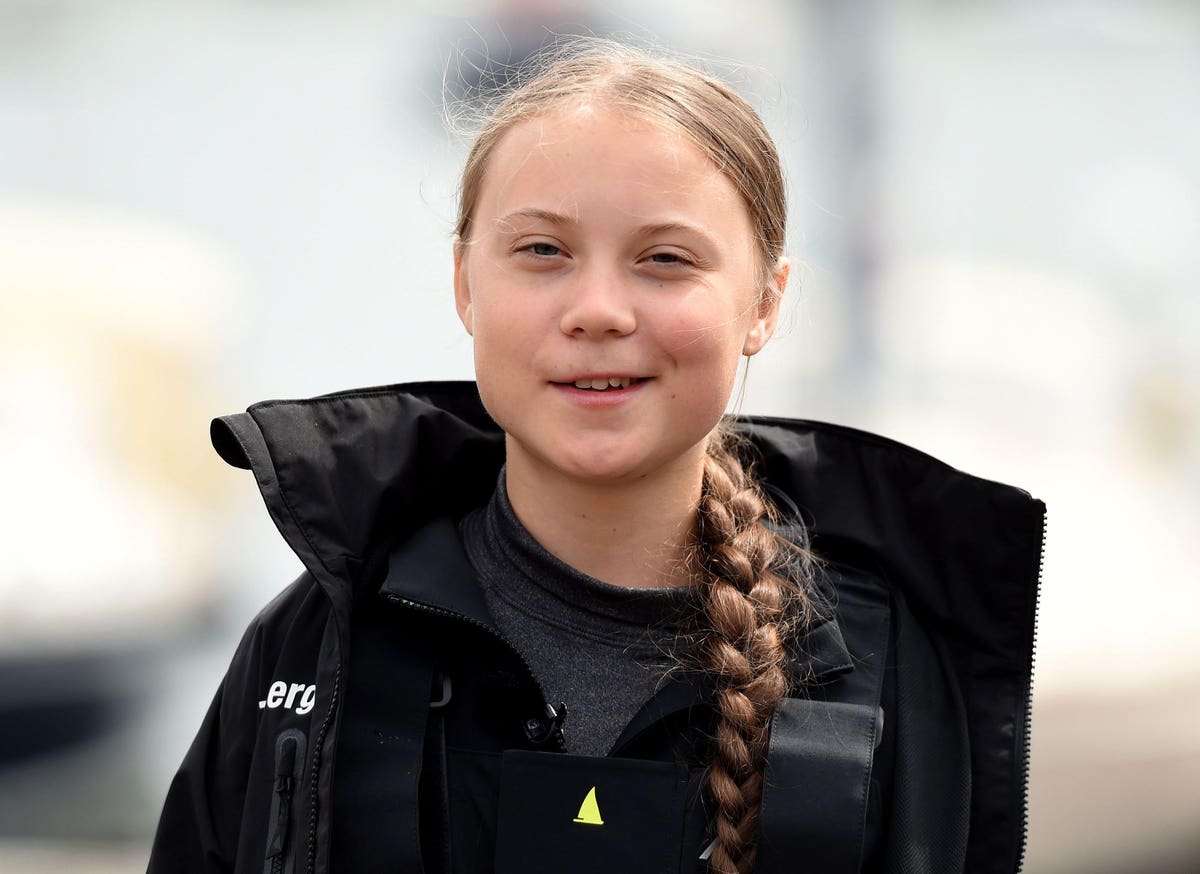 Here’s an excerpt from this week’s CxO newsletter. To get it to your inbox, sign up here.

Thanks to readers who suggested some additions to our 2022 list of notable career crashes. Among the ones who stood out: Prince Andrew, who was stripped of his titles and royal duties amid sexual abuse allegations in January, director David O. Russell, whose film Amsterdam was a box office flop, and misogynist troll Andrew Tate, who was humiliated by Greta Thunberg on Twitter last week and then arrested for alleged sex trafficking in Romania.

Another contender for career-damaging moves in 2022 is soccer legend Cristiano Ronaldo, whose ignominious split with Manchester United was followed by a ho-hum performance for Portugal in the World Cup. While his move to Saudi Arabia’s Al-Nassr football club may be good for his wallet, few think it’s likely to boost his reputation.

Also, we were remiss to mention the former U.K. Prime Minister Liz Truss without noting that she came to power after scandals forced her predecessor Boris Johnson to resign. On the international politics front, Chinese leader Xi Jinping faced widespread protests amid Covid lockdowns and Russian President Vladimir Putin will likely go down as the biggest loser of 2022, along with the bevy of billionaires who rely on his largesse.

With darts come laurels, so let’s take a moment to celebrate those who inspired us in 2022. As with career crashes, we decided to bypass the volatile and polarized realm of U.S. politics. Voters will pick the winners or lobsters, and investigators will determine if the contents of Hunter Biden’s laptop, Donald Trump’s taxes and George Santos’ resume warrant further action. That said, we were relieved to see the midterms reinforce voter faith in free and fair elections and see the accomplished Ketanji Brown Jackson make history as the first Black woman to serve on the Supreme Court.

The Year Of Ukraine:

In terms of international politics, however, there’s no question that Ukrainian President Volodymyr Zelensky was the most inspiring political leader of the year, defending his country against a devastating and immoral invasion from Russia. Whether his heroic status will continue into 2023 remains to be seen. While he has vowed to continue fighting Putin, Zelensky also signed a new media law last month that gives his government broad censorship powers that move Ukraine closer to its rival in terms of press freedom. That’s not a good look for a leader who is trying to win the hearts and minds of supporters in fighting for freedom.

The war in Ukraine also showcased the steady leadership of European Commission President Ursula von der Leyen. From managing a $300 billion+ budget to negotiating consensus with 27 heads of state who represent 450 million people, von der Leyen earned her spot atop Forbes’ list of the World’s Most Powerful Women.

The Year In Sports:

The first nod goes to Lionel Messi, who led Argentina to a World Cup victory that he celebrated with the most-liked Instagram post ever. Controversy around host Qatar’s treatment of workers and women reinforced that global sporting events and human rights are inextricably linked. From Chinese tennis player Peng Shuai’s disappearance from the public eye after accusing a Communist Party official of sexual assault to U.S. basketball player Britney Griner’s brutal detention on trumped-up charges in Russia, athletes are

Meanwhile, legendary Steelers quarterback Ben Roethlisberger left the game while rivals Tom Brady and Aaron Rodgers continue to defy what we thought we knew about the lifespan of NFL athletes with awe-inspiring performances. Serena Williams retired from a legendary career in tennis to build on her success as an entrepreneur. Right behind her, inspiring a new generation, is Naomi Osaka, the highest-paid female athlete of the year. (In terms of money, it’s still a man’s world as our annual list of highest-paid athletes confirms.) Behind every great player, of course, is a great coach. Here are contributor Steve Silverman’s choices in the NFL and accolades from Tom Layberger. I leave it to sports fans to debate the rest but not without first recognizing Brian Flores for bringing attention to racism in hiring coaches with his NFL lawsuit.

Taylor Swift became the first artist to occupy every spot on Billboard’s top ten singles. Forbes’ 30 Under 30 alum Jack Harlow saw his single “First Class” debut at No. 1 on the Billboard Hot 100 chart and Euphoria propelled fellow Under 30 alum Zendaya on to the charts, too. Jennifer Hudson became the youngest woman to ever earn an Emmy, Grammy, Oscar and Tony. And another Under 30 alum dominated the charts while making the most money on tour: Bad Bunny.

Austin Butler earned his star with a breakout performance in Elvis, as did Stephanie Hsu in Everything Everywhere All At Once. (And I’d give a shout-out to Coda actor and Oscar winner Troy Kotsur for inspiring us on multiple levels with his humor and talent.) And while others will decide who wins best director accolades during awards season, James Cameron deserves kudos for creating a technically ambitious film in Avatar: The Way Of Water. It’s also earned more than $1.37 billion globally, putting it within striking distance of being one of the highest-grossing films of all time. Peter Jackson became the third person in history, after Steven Spielberg and George Lucas, to become a billionaire by making movies.

In TV, it was a great year for The White Lotus star Jennifer Coolidge, Stranger Things’ Sadie Sink, Jeremy Allen White of The Bear, and Abbott Elementary creator Quinta Brunson.

The Year of The Worker:

2022 was a year where workers got more leverage. Derrick Palmer and Chris Smalls helped form Amazon’s first labor union–a move that rippled through corporate America. California State Sen. Monique Limón (D) helped lead the charge among legislators around the country in passing pay transparency legislation that will make it easier to spot and address discrimination. Computer scientists Timnit Gebru and Joy Buolamwini showed us that algorithmic bias is real. Facebook whistleblower Frances Haugen has continued to keep pressure on the social media platform and launched a nonprofit. Ditto for photographer Nan Goldin, who made sure the art world didn’t turn a blind eye to the ties between Sackler family donations and overdose deaths.

Josh Wardle sold his pet project Wordle to The New York Times, giving us a daily distraction and hope that our hobbies might one day prove to be profitable, too. Hubspot CEO Yamini Rangan was ranked the top CEO on Comparably’s list though contributor Gene Marks still has some features he’d like her to add.

In terms of other C-Suite leaders to watch, I’d point you to our lists that are compiled through thousands of interviews, submissions, consultations and expert views. Forbes’ 2022 CEO Next list is a snapshot of leaders who are poised to run some of the largest companies in the U.S. If you want to get a closer look at some of them, check out our interviews with leaders like Amazon Devices chief David Limp, Autodesk CTO Raji Arasu, CMS Energy CFO Rejji Hayes, and Walgreens Chief Customer Officer Tracey Brown. Check out CIO Next, Most Influential CMOs and the Forbes Future of Work 50.

The Year Of Sustainability:

Finally, let’s not forget those leading the fight for the future of our planet, starting the polarizing–and effective–Thunberg. Patagonia founder Yvon Chouinard transferred ownership of his company to a trust to fight climate change–a move he said was prompted in part by being included on Forbes’ billionaires list. I have a lot of time for Probable Futures founder Spencer Glendon. Keep an eye on Indigenous leader Sônia Guajajara, who was elected to Brazil’s Congress in October and was recently named to a key post in President-elect Luiz Inácio Lula da Silva’s new government. There’s too much to do and too many to mention. We’ll do more on our part in 2023 as we build on our Sustainability Leaders franchise and Forbes Impact Lab, created by my colleague Seth Cohen.