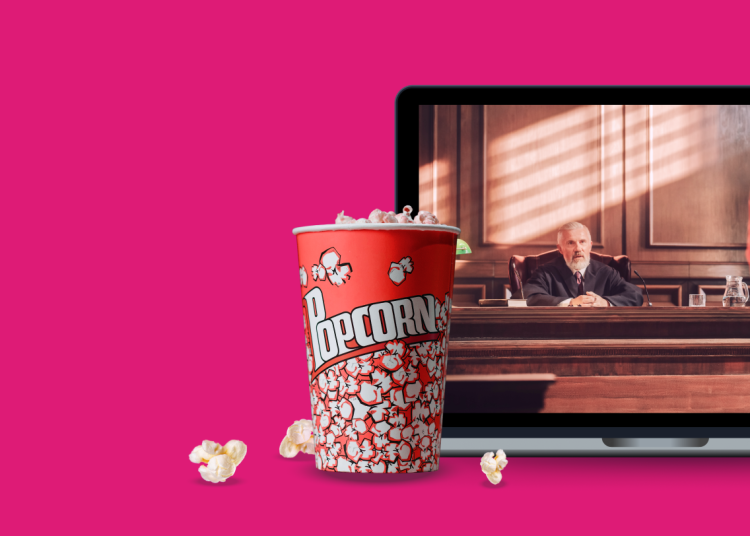 Welcome to the age of the attention economy.

Everyday consumers rule the streaming, television, and video platform world from their couches. They have the power to choose what they watch, when they want to watch it. Meanwhile, media brands are fighting to snatch seconds of their attention.

Looking at our data, there are 5 emerging viewership trends directing the future of TV and entertainment in 2023:

By exploring these trends in more depth, we can better understand TV’s place in the attention economy and tune into consumers’ demands to produce more engaging video content.

What are people watching, and more importantly, why?

The streaming landscape is changing

Monthly purchases of streaming subscriptions seem to have reached a saturation point. Across 12 markets, our Zeitgeist data reveals around 3 in 10 consumers are thinking about or have already canceled a subscription service. Many streaming service providers are now pivoting their business models to combat the drop-off in subscribers.

Netflix and Disney+ are launching ad-supported plans to give users the option to pay a lower monthly subscription fee for an ad-serving version of the platform. YouTube was one of the first video streaming platforms to embrace adverts, and roll out its Premium subscription model for those wanting an ad-free streaming experience.

It would be easy to assume the rising cost of living is responsible for on-demand TV streaming cutbacks. But in reality, that’s not the case. They’re more cost-conscious about groceries, utilities, and transport – paid TV services will be one of the last things to go.

Across 11 markets, 49% of consumers say they support cheaper ad-supported streaming.

TV advertising is now part of the new content ecosystem, boosting revenue for brands while keeping consumers sweet. For marketers, it’s all about nailing the trade-off.

As long as there’s plenty of high-quality, original content to keep viewers entertained, consumers will continue to justify paying for TV subscriptions – with or without adverts.

As streaming content through subscriptions tapers off, we’re seeing a slight shift back towards older means of media consumption. Outside China, Gen Z is watching more broadcast TV (88%) and YouTube (80%) than online TV (78%). Millennials have similar media consumption habits, with 93% choosing to watch broadcast TV.

The lure of traditional TV lies in its global reach and popularity, attracting larger audiences than more niche online shows and sparking conversations on social media. David Attenborough’s The Frozen Planet II is a great example of this, piquing such broad interest that even global broadcasters can’t resist snapping up a chunk of that TV audience pool.

Media is competing for a slice of each consumer’s day, but that time is finite – consumers won’t make time for something that doesn’t appeal to them.

With the right audience data, media brands and video marketers can quickly understand what viewers want to watch and tailor their content accordingly. It’s important to use fresh insights to guide decision-making, as changing consumer behavior is also altering the media landscape.

News fatigue is setting in

At the start of the pandemic, there was a clear rise in interest in news and current affairs among consumers (Q2 2020), but over time, this figure has dropped. We’ve seen the same pattern of consumer behavior around the Ukraine crisis and climate change.

The fact is, overexposure to news cycles is causing viewers to switch off.

Interestingly, Gen Z are the most concerned about the future of the environment, but are more likely to be tired of hearing about it than millennials.

With so many issues going on in the world right now, it’s no surprise people don’t want to hear about doom and gloom all the time. Instead of paying attention to problems, they’re looking for solutions and more optimistic stories that don’t contribute to fatigue. The Happy News seems more up their street.

Entertainment is the name of the game

The mood shift among consumers also helps to explain their TV genre preferences. 56% of consumers watch comedy, closely followed by action/adventure (47%), and thrillers (42%).

Looking at how the state of mind of viewers changes while watching these genres, comedy makes people feel happy, while action and thrillers evoke excitement.

That makes a lot of sense when we reflect on some of 2022’s biggest TV releases. Amazon Prime’s Rings of Power and HBO’s House of the Dragon have captured viewers’ attention by transporting them to a thrilling fantasy world full of action and danger.

Similarly, The Handmaid’s Tale invites us into a dark alternate reality unlike our own. All of these shows have been renewed for another season.

But overall, there’s a clear demand for mood-boosting video content.

Across the genres we track, “happy” is always the top state of mind. In light of ongoing struggles in the post-pandemic world, it’s no wonder consumers are turning to rib-tickling or spine-tingling TV shows for some feelgood entertainment.

This is especially true in the United States – let’s jump straight into that trend now.

US viewers want to let go

As interest in real-world news declines, more US consumers are looking to escape reality. 20% say they regularly experience anxiety (up 32% from two years ago), but this figure drops to just 3% while watching content.

True crime remains a hit in the US, particularly when it comes to podcasts. Judging by the monster streaming figures of shows like Netflix’s Dahmer series, which has racked up over half a billion hours of viewership, it’s a genre that looks set to fuel TV entertainment in the coming year too.

Tapping into what viewers want from streaming services could very well be the key to reversing the TV subscriber decline we mentioned earlier.

Americans are seeking catharsis – releasing pent-up frustrations and emotions through what they watch or listen to. As Laura explains:

Much of the situation Americans find themselves in is out of their control, but they can choose what they watch or listen to.

We see a similar pattern of catharsis happening globally too. 51% of consumers say they feel happy while watching TV and movies, while 40% are engaged, and 39% feel calm.

The element of choice over what people watch gives them some feeling of order and control in an otherwise chaotic world. And that choice – to give you their attention – is the measure of value media brands need to focus on.

It’s all about the feels

Whether you’re in the television sphere or you’re a video marketing pro, you need to understand the viewership behavior of your target audience to optimize your content strategy. Use these insights to curate customized content that’s visually engaging, matches their viewing preferences, and tells a relevant, compelling story. Do that, and you’re onto a winning formula.

It’s not necessarily about producing short-form video content either – in fact, Gen Z is more likely than any other generation to have watched a long video (over 10 minutes) in the last month.

To hold users’ attention, your content needs to connect with real people and make them feel something. Give them the catharsis they need.

Want to dive even deeper into why people watch? We’ve got just the webinar for you.

The Purpose Of “Purpose” Is Brand And Business Growth. That’s It.

When in Doubt, Bootstrap it Out!

When in Doubt, Bootstrap it Out!

We Have Liftoff! Effective Customer Onboarding Is The Launchpad To Customer Value