Heroic CEOs And The Boards That Breed Them 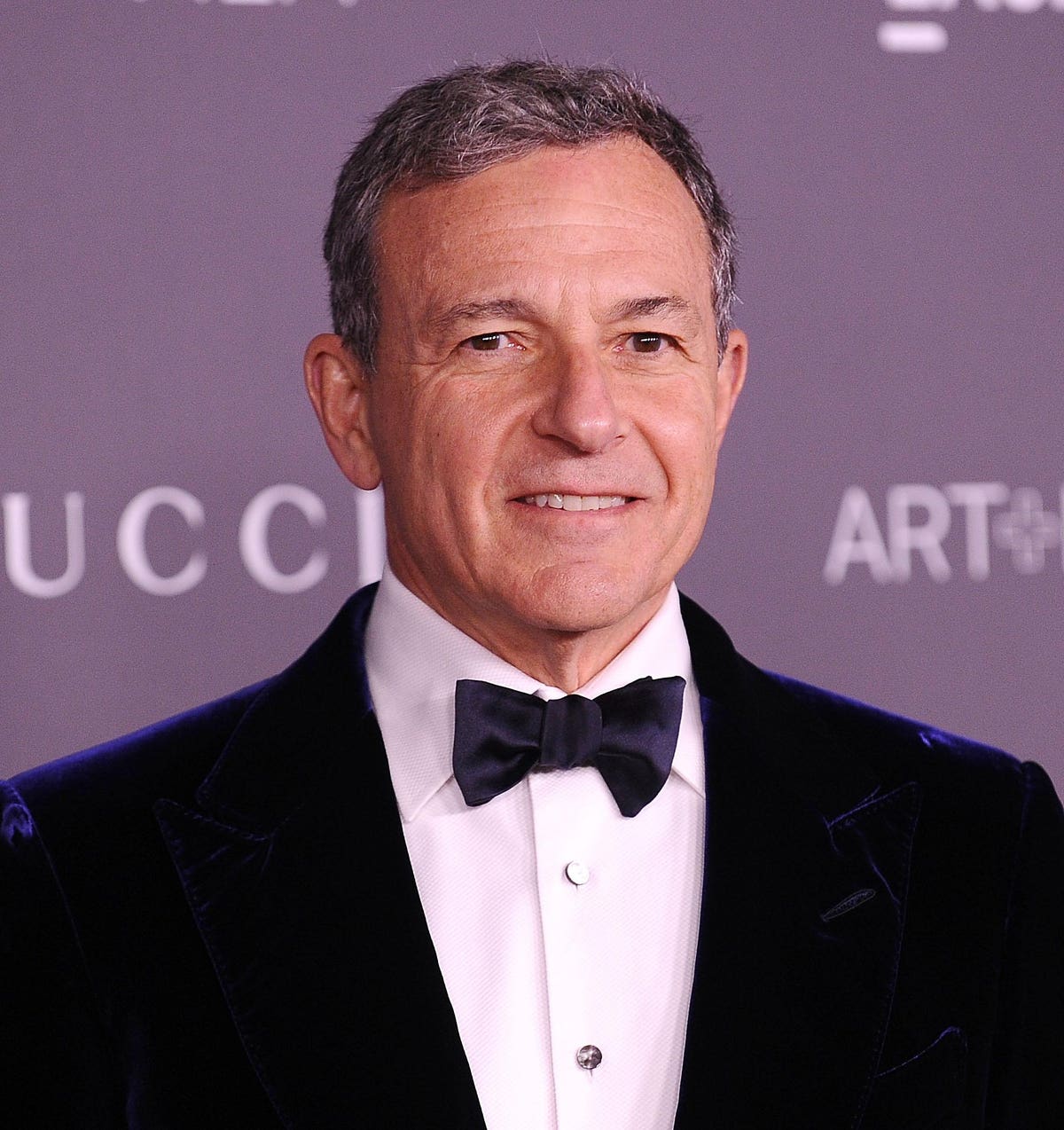 Here is an edited excerpt from this week’s newsletter. If you’d like to get it to your inbox, sign up here.

To be sure, Iger, now 71, forged his reputation in a different part of the realm—with vastly different results. At the age when Stanford dropout Elizabeth Holmes had raised close to $200 million for her blood-testing startup Theranos, Iger was tracking blizzards as a weatherman at an Ithaca cable station. At 27, he impressed network execs when he shifted ABC’s Olympics coverage to the Jamaican bobsled team amid weather delays; Sam Bankman-Fried was on his way to billionaire status as founder of FTX.

Now, Holmes is off to jail and SBF is probably in the Bahamas, in a mental state that’s tough to deduce since he cut back on the stream-of-consciousness tweets. Both founders are essentially worth nothing while Iger, last we checked, had a net worth of $690 million for delivering 15 years of real growth at Disney through innovation and smart acquisitions like Pixar, Marvel Studios and Lucasfilm. Like a Disney Princess film, the hero and villains here are pretty clear.

But let’s take a closer look at their boards. SBF essentially didn’t have a board, which no doubt made it easier for the crypto exchange chief to project genius vibes while allegedly dipping into customer deposits. The mystery is why this obvious lack of oversight didn’t bother his star-studded cast of investors, especially those with a strong fiduciary duty like the Ontario Teachers’ Pension Plan. Venture capitalists can maybe sprinkle money like fairy dust with a simple ‘caveat emptor!’ but those who act as guardians of people’s pensions are supposed to demonstrate more probity.

While Ontario Teachers’ issued a statement saying it had conducted “robust due diligence” on the $95 million FTX investment that it’s now writing down to zero, the new FTX CEO John Ray says he’s never “seen such a complete failure of corporate controls and such a complete absence of trustworthy financial information.” That’s coming from the man hired to clean up Enron! When such things happen, the first question many investors ask is, “Where was the board?” In this case, what’s perplexing it that such investors didn’t say, “hey, how come there is no board?” (Click here for our coverage of the FTX collapse.)

We all know that having a board doesn’t always help. Theranos’ Elizabeth Holmes, who was recently sentenced to 11.25 years in jail, had a star-studded board loaded with elder statesmen like Henry Kissinger, Jim Mattis and George Shultz. That band of diplomats, war heroes and former Secretaries of State was eventually weighted more heavily towards medical experts and investors. Even they didn’t question the efficacy of Theranos’ revolutionary technology, which turned out to be fake.

In contrast, Disney’s Board of Directors appears to be a model of corporate governance, with CEOs like GM’s Mary Barra and Safra Catz of Oracle watching over shareholder interests. But its appointment of Iger—and how it handled the ouster of his hand-picked successor, Bob Chapek—was so sudden that it gobsmacked folks inside and outside the company.

The issue isn’t that directors took issue with Chapek, who was officially fired “without cause.” Since taking over from Iger in February 2020, the rookie CEO had been at the helm as Disney’s streaming division posted growing losses. Moreover, he reportedly lacked the charm and track record of his well-known predecessor—and now successor. Would Iger have gotten Disney in hot water with both employees and Florida Governor Ron DeSantis over the state’s “Don’t Say Gay” bill? Would Iger, long viewed as a celebrity whisperer extraordinaire, have let Scarlett Johansson get to the point of suing over Black Widow? Would he have fired a beloved head of TV?

Maybe not. But the growing chatter and challenges around Chapek were hardly a surprise. The board had both the time and the agency to install a new leader inside or outside the Disney ranks. It could have looked around. Instead, it extended Chapek’s contract in late June and then abruptly terminated him last week to bring back an iconic hero who would make employees and shareholders happy again.

Still, to quote Gordon Lightfoot, heroes often fail. And the track record for boomerang CEOs like Iger is decidedly mixed. For every iconic returnee who succeeds the second time around–or third, in the case of Starbucks’ Howard Schultz–there are many like P&G’s A.G. Lafley, who never quite manage to recreate the magic.

Iger stepped down just before the start of a global pandemic—sort of, as he then stuck around another two years as executive chairman. He is now coming back to face the the same headwinds that felled Chapek, from competition in streaming to a challenging economy and polarized political climate. Then again, Iger could get lucky as Chapek said streaming losses had peaked when reporting a disappointing quarter recently, and beat expectations for Disney+ subscriber growth while racking up the best year ever for theme parks. If Disney does deliver, investors will have to decide if the results are due to Iger or conditions put in place by the outgoing CEO.

What is clear is that the board’s last succession plan clearly failed. Investors had long been debating, sometimes dreading, when Iger would step down. Less than a year ago, Iger said to a CNBC reporter that he felt it was time to step down when he started to be dismissive of others’ ideas, as if he’d heard it all before. “Over time, I started listening less,” he said, noting that Chapek was likely to make different decisions and change, in general, was good.

That was then. Now Iger is back as Disney’s leader, like the fantasy series Highlander (streaming on rival Peacock), it appears there can be only one. If board members looked anywhere but backwards for a new leader, they certainly didn’t say so. Chapek was allegedly blindsided, though a reported payout of $23 million may help in easing the pain. Iger stands to get $27 million next year if he turns things around. Will he undo what Chapek did? Push ahead with tough but necessary changes? Start listening more? What we do know is that he’ll stay for two years and will no doubt find a team at least partly shaped by the man who was just fired.

No company should be in that situation. This time, Iger and the board vow, they’re going to get succession right. Let’s hope so because bringing back a superstar is not a sustainable way to run a company.

How to Go Live on TikTok + Top Features You Should Use