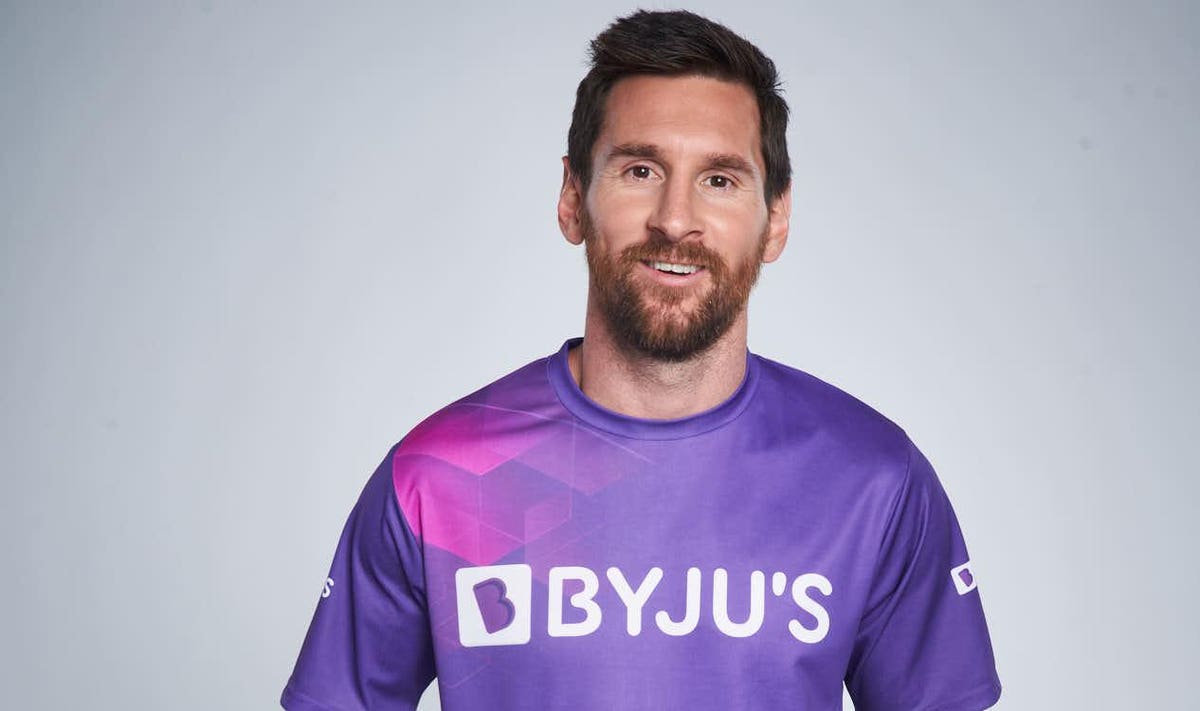 In advance of the upcoming World Cup in Qatar, Indian owned edtech company BJYU’S has announced a partnership with Argentine soccer star and macroinfluencer Lionel Messi. The campaign will use a combination of digital media and in-stadium promotion, forsaking traditional television media buys in an attempt to connect with global audiences. The campaign includes three short films (one produced jointly with by Ogilvy, the other two-in house) featuring Messi that will be shared online via BYJU’S and Messi’s social channels, in addition to messi.com and byjus.com. The campaign kicked off with the video “A Letter to Messi” (see below).

The films will be played in-stadium during each match on the Jumbotron, and BYJU’S logo will be shown in the walls around the perimeter of the field in every World Cup match for an estimated 18 minutes per game. As Messi’s Instagram channel alone has 358 million followers, the videos will reach a huge digital audience in addition to the live audience.

As a global conglomerate, BJYU’S U.S. edtech acquisitions include Osmo (for whom LeVar Burton serves as “Chief Reading Officer”), Tynker, a coding tutoring system, and Epic, which offers titles for reading via tablet including a forthcoming book about Messi available in both Spanish and English. In this context, a global campaign centered around the World Cup, a truly international event, makes sense.

While the link between Messi and edtech products may not be obvious, BJYU’S is emphazizing the goals of Messi’s own charitable foundation which was established in 2007 around the idea that children should all have the same opportunity to realize their dreams. Top messages of the BYJU’S/Messi World Cup campaign focus on motivation to succeed and include the sports analogy, “When you study like a champion, you score like a champion, and celebrate like a champion,” as well as “Finding the right teacher is often the most important lesson.”

Divya Gokulnath, co-founder of BYJU’S emphasizes that Messi’s personal qualities make him an ideal partner for the World Cup campaign. “We are honored and excited to collaborate with Lionel Messi as our global ambassador,” she states, “ He is a once-in-a-generation talent whose pursuit of excellence, all-in mentality, humility, and reliability resonate deeply with BYJU’S brand values. He rose from the grassroots to become one of the most successful sportspersons ever. That is the kind of opportunity that BYJU’S Education For All wants to create for the nearly 6 million children it currently empowers”.

Messi himself describes the link to providing children with opportunities to succeed as motivating him to join the partnership. “I chose to partner with BYJU’S because their mission to make everyone fall in love with learning perfectly aligns with my values,” he states, “ High-quality education changes lives, and BYJU’S has transformed the career paths of millions of students worldwide. I hope to inspire young learners to reach and remain at the top.”

The Messi campaign’s focus on a product category that has not traditionally been heavily promoted at major sporting events will make its level of success will be interesting. On the positive side, a summary of recent academic research by Liselot Hudders and Chen Lou in the International Journal of Advertising suggests that influencer marketing can create deep engagement by capitalizing on the viewer’s perception of having a parasocial relationship with the influencer. This engagement helps gain viewer interest and contributes to the influencer’s recommendations being taken as sincere and being taken seriously.

Of course, some potential drawbacks of approaches using influencers have been put forward, including the need to verify followers, issues about the sometimes “hidden” nature of these endorsements, and concerns about dilution of the endorsement if multiple products are sponsored by the same influencer. In the case of the BYJU’S partnership, the former two issues are clearly not of significant concern – Messi has followers into the hundreds of millions, and the endorsement is overt. The campaign also appears to address the issue of potential dilution head on via its production of short films featuring Messi, an innovative and memorable approach that will be very likely to stand out from the crowd.

While unconventional and, no doubt, very expensive, the BJYU’S/Messi World Cup 2022 campaign seems poised to succeed based on its ability to stand out in a highly cluttered advertising and media environment. Messi’s star power, following and credibility coupled with global reach and unique media and message strategy would appear to give this campaign an edge.

Why it Pays to Invest in Animated Videos for the Metaverse