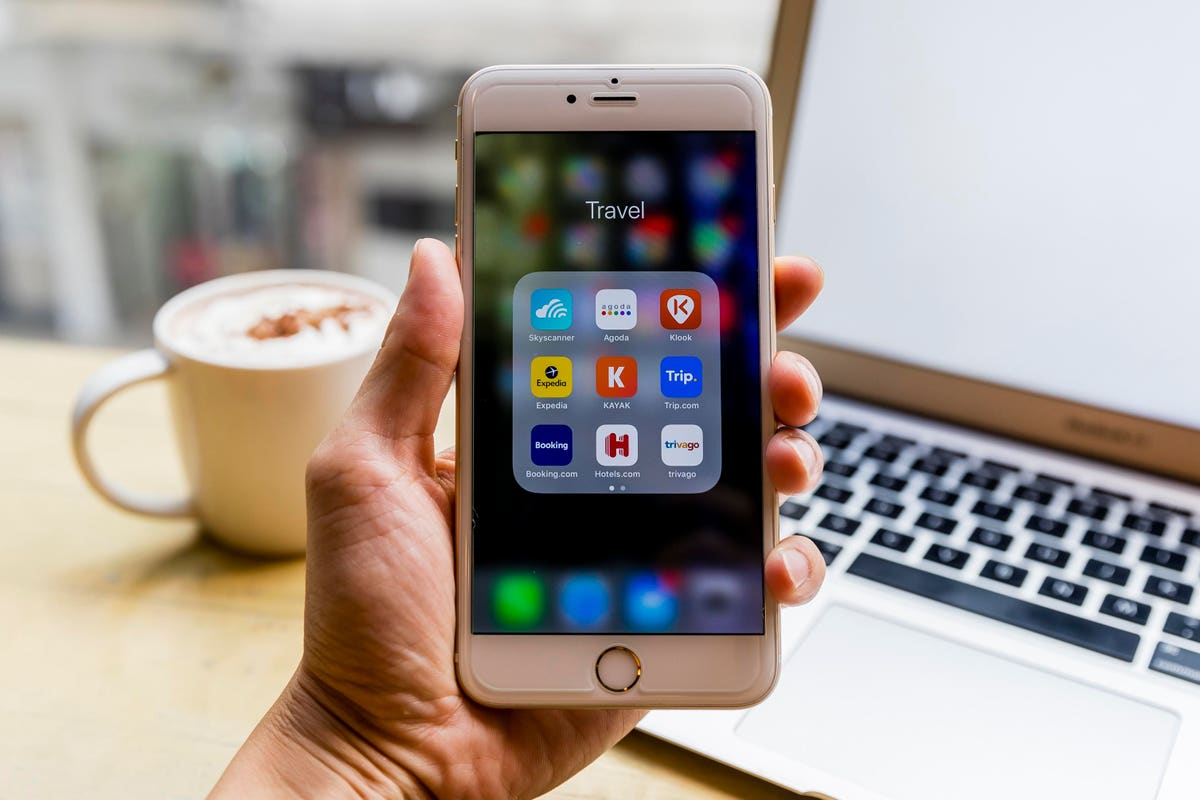 In 2022, as the digital marketing world has trembled over Twitter’s recent ad implosion, Microsoft acquiring renewed prominence in ad tech and Apple continuing its stealth advance into advertising, as everyone across the value chain of media wondered about cookie deprecation, Facebook’s decline and the final death blows to “TV” as we knew it, there have also been plenty of other important and consequential digital ad stories that have slipped under the radar because there is just so much going on.

Two of the most overlooked stories, especially in the recent all-Twitter/all-the-time news, that might have the most important implications long-term are the dramatic increase in the speed of the fragmentation of search and, in partial correlation to that, the spurt in growth of travel apps, sites and intermediaries as the world again dares to crowd into aircraft to visit far-off destinations.

Native search is up for grabs as more young people experience the internet through social or entertainment apps—and naturally stay there to do their searches.

In fact, I consider this the era of “digital discovery,” with independent search engines a kind of relic of the past except for a declining number of consumers who want to use the open web.

“Almost 40 percent of young people, when they’re looking for a place for lunch, they don’t go to Google Maps or Search. They go to TikTok or Instagram,” said Prabhakar Raghavan, a Google senior vice president, at Fortune Brainstorm Tech 2022, in July. Or as The New York Times points out, “While Google remains the world’s dominant search engine, people are turning to Amazon to search for products, Instagram to stay updated on trends and Snapchat’s Snap Maps to find local businesses.” A recent UK survey even showed TikTok is the fastest growing source of news (!!) for adults.

In other words, search has fragmented, and not just to direct competitors anymore as the pace of change picks up. Google years ago lost the lead in product searches to Amazon, where the majority of searches really do begin: 61% of online shoppers in the U.S. start their product search on Amazon. Interestingly retailers are also closing in: 32% start their search on Walmart, and platforms are also taking their piece of the search pie, with 15% on Instagram and 11% on TikTok. (We’ve said this before but we’ll say it again, the internet is perhaps the economy’s most competitive sector, and doesn’t need any intervention to be dynamic.)

In a related way, as travel apps and sites have blossomed, so has the consumer habit of using them as search platforms too.

For years, as long ago as the “pre days” of 2018, studies have shown that travelers prefer in-app or in-aggregator to open-web searches for their travel planning—or just for their dreaming perhaps.

That long ago, an eternity in digital years, Travelport Digital surveyed 955 travelers and already “58% of people prefer[red] apps to search for flights and 53% preferred apps to find accommodation.” The shift from web browser searching to in-app searching was the result of perceived advantages in “speed, additional functionality, and better overall UX.” Anyone who has searched to plan travel knows that once you’re in-app, or at least within the web version of a third-party travel aggregator, you tend to go down the paths within those choices and not reemerge to general web browsing.

Google has responded by announcing it is redesigning Google Search for the TikTok generation to highlight maps snippets, products, images and even video in new ways.

This coincides with the way the post-pandemic travel boom is reshaping service advertising, which follows where the consumers are.

One can see why things are in flux. It has become such a truism that travel search takes place mostly in-apps or at third parties that Frommer’s, once among only a few travel experts, in the days of print, now does an annual list of which apps and sites and aggregators produce the best search results. Booking.com, FlightNetwork, Skiplagged, Momondo, TripAdvisor, Kayak, Hopper, Google, Kiwi and Skyscanner all make the list as places where travelers do their search travel. DuckDuckGo and Neeva do not..

Of course, all that searching means consumer eyeballs which mean advertisers. While many of the sites and apps that are travel-specific do not break out their advertising income per se, or the industry is sorely lacking in research on this topic, one can see some eye-popping trends that are going overlooked in the industry.

Booking Holdings, the world’s leading provider of online travel and related services which owns Booking.com, Priceline, Agoda, Rentalcars.com, KAYAK and OpenTable to name a few, saw total revenues for the second quarter of 2022 hit $4.3 billion, a 99% increase from the prior year’s quarter and advertising is a major part of that revenue stream. TripAdvisor (which also has a portfolio of travel media brands, apps and businesses) is up 77% in the same period. Expedia Group lodging bookings in the second quarter were the highest in the company’s history, while revenue and adjusted EBITDA ($3.2 billion) were the highest for any second quarter (Expedia also owns a raft of travel apps and brands). And as behaviors of consumers shifted to third-party travel intermediaries, all of these are fueled by advertising and all a way to redirect traditional search.

Overall, downloads of the top U.S. airlines, hotels and online travel agencies apps are up 45% year-over-year and airline apps were up a staggering 70% in both April and May.

There’s also an increase in cross-platform integration between travel sector players going on, including Booking.com beta-testing Snap’s Dynamic Travel Ads. And then there’s Marriott which introduced a retail media network (aka programmatic ad platform) in May to target consumers, in part by using the hotel chain’s data on its guests, to bring them ads on places such as the hotel’s websites and, eventually, on the TV sets in their rooms. Net ad revenues for retail media advertising in the U.S. will grow to more than $60 billion in 2024 from $41 billion this year, according to research firm Insider Intelligence.

And this all comes as Google is getting out of the travel business, at least partly. The search giant announced it will shut Book on Google for flights for users outside the U.S. at the end of September, and will end the feature in the U.S. sometime after March 31. It already ended a similar feature for hotel bookings earlier this year. The reason? Despite the supposed unassailable heft of the platform, Google couldn’t get enough people to use it despite travel advertising being a $4 billion business in 2022.

Brian King is president of Marriott International’s Caribbean and Latin America division and a 30+-year veteran of the hotel business. He has seen the evolution in travel from a unique vantage point. As a former brand, sales, marketing and digital leader, and now the bottom-line P&L holder for one of the company’s fastest growing divisions, he has witnessed firsthand the shift in consumer behavior over time.

“Early in my career consumers had only three ways to make a booking, our toll free 800#, calling the hotel directly or working with their travel agent. Today the market is flooded with choices to secure travel across an array of platforms,” says King “But time and time again, customers who are loyal to a brand do find comfort in booking directly at the brand’s own site. And in turn, brands reward those consumers with valuable tangible and intangible benefits like discounts, loyalty programs and hassle-free changes or modifications. That being said, we want to be in front of consumers’ eyeballs no matter where they shop and book, so our partnership with other travel platforms will remain part of our strategy. In today’s digital world you really can’t go it alone for new customer acquisition, but once consumers fall in love with your brand their buying behavior fundamentally shifts to brand-direct. As any business leader will tell you, we are all looking for the lowest cost of acquisition with the highest revenue per transaction. And that will never change.”

The ultimate point is that consumers are now driving their searches in ways that optimize their own experiences and they aren’t relying on “search engines” to dominate their digital wanderings, but adapting to the nearly limitless possibilities for searching–whether those are in apps, at retail media, in travel, or on the open web. It’s less about searching per se and more about discoveries.

Does the Pursuit of Customer 360 Have You Running in Circles?