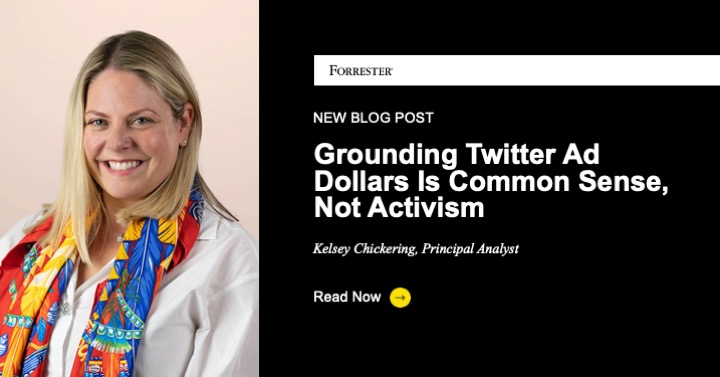 Elon Musk’s Twitter takeover has been – at best – chaotic and tumultuous. Advertisers are uncertain about what direction the company will take: What will happen with content moderation? Will Twitter become a mainstream Gab with a steady flow of disinformation? While Musk has tweeted that “nothing has changed with content moderation,” racist tweets have surged since Musk took over as CEO exactly one week ago as users test the boundaries of “free speech” (see, Figure 1).

Major advertisers – including  General Motors, Audi, Mondelez, and Pfizer – have all paused their Twitter advertising. Agencies, such as IPG’s MediaBrands, are recommending their clients drop Twitter spend, for now. Forrester has also advised that brands take a “wait and see” approach to their Twitter ad spend. Although Elon points to “activist groups” for Twitter’s sudden revenue drop (see, Figure 2), what’s happening to Twitter isn’t because of pressure from outside organizations (like the short-lived Facebook boycott in 2020). It’s the actions of Elon being put on display for every CMO to see. This is all about brand safety. While simply avoiding the unnecessary risk most mainstream brands don’t need to take in already turbulent times.

The very public chaos and uncertainty being played out at Twitter right now is compounding previously held skepticism around Twitter’s return on ad spend (ROAS) and lack of ad efficiency. The reality is that advertisers have never needed Twitter to meet their business goals. Meanwhile marketing teams face budget cuts during this time of economic uncertainty, are consolidating their media spend to fewer, proven media properties. The decision to drop Twitter (at least, for now) is a rational and responsible one. 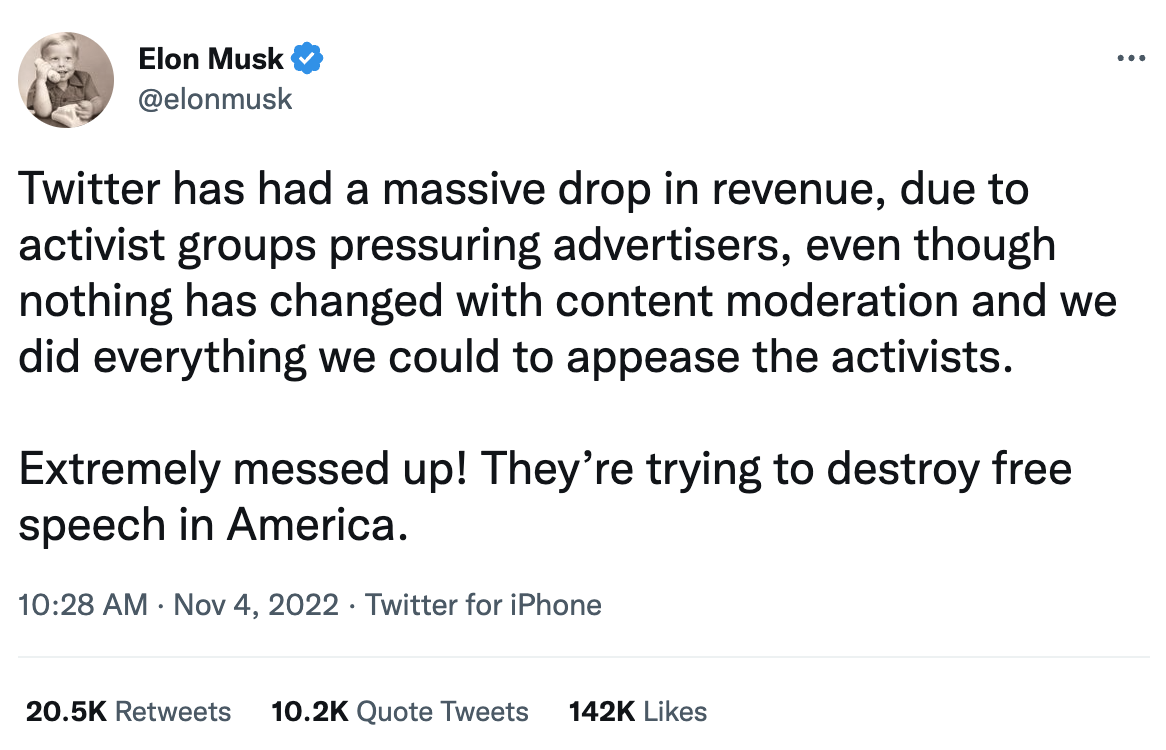 Twitter has never consistently captured those precious “always on” media dollars from advertisers in the same way that Meta or Alphabet has. In Forrester’s interviews with social media strategists and agency executives, we found that most advertisers use Twitter to surround tentpole events and big cultural moments. In contrast, Meta has been their social media “go to” for efficient, sales driving, and high reaching media activations. Advertisers have been underwhelmed by Twitter for its:

Nothing Short Of An Overhaul Will Recapture Ad Spend

The big question on the ad industry’s mind is: What would it take for Twitter to regain advertisers’ trust and dollars? Twitter requires a level of self-awareness to reassure advertisers that its a safe place to showcase their brand and grow their business by:

Forrester clients, to chat more about this topic and how to build your media strategy, you can schedule a guidance session.

The Consumerization of Information | GreenBook

Apple could be building an ad network for live TV