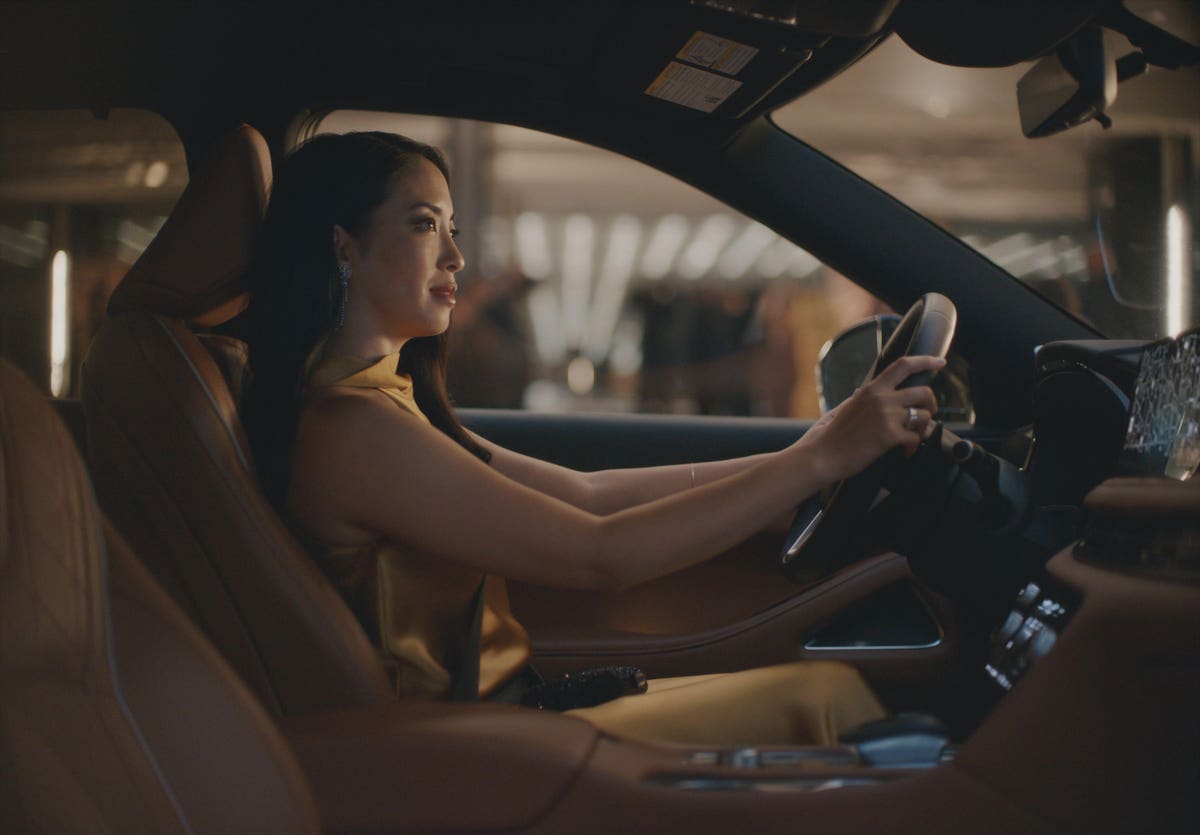 Infiniti differentiated itself in the U.S. luxury market with an emphasis on performance and design. But increasingly now, the Nissan-owned luxury brand has been emphasizing upscale comforts like some competitors do, and Infiniti’s latest marketing campaign underscores its new approach.

“Infinitely You” is a series of TV ads and associated social-media properties that “celebrates life’s magical moments that often happen inside your vehicle by highlighting the space consumers [require] to relish in a moment of pride, have a conversation they’ve been meaning to have, or just disconnect from it all and take a deep breath,” the brand said in a press release.

Put another way, Infiniti is “trying ot clarify the brand to make sure people understand what we’re all about, the human aspect,” Shelley Pratt, Infiniti’s direct of marketing communications and media, told me. “We’ve been a brand about hospitality, and we are figuring out how to bring that brand to life for consumers.”

Once Infiniti gets shoppers inside its premium SUVs such as the all-new 2023 QX60, Pratt said, “It changes the perception of the brand. We’re a luxury brand, so emotionally we wanted to bring that to life.” She called it the notion of “thoughtful hospitality,” which is an original way of describing the calming and cocooning vibes that luxury makers want people to feel once they’re inside the confines of an automobile.

Thus, in one new advertisement in the campaign, a woman waits in her QX60 while psyching herself up for what might be a performance or some other high-stress appearance. “You can do this,” she keeps telling herself as the camera in various ways highlights features and viewpoints in the vehicle that add up to its overall appeal as a place where you can “just be you.”

In another, three groomsmen pile into a QX60 with the groom. “Got the rings?” he asks. He’s nervous. The vehicle is presumably a calming influence. The ad makes sure to show how three full-blown adult males can fit comfortably into the first two rows of the three-row QX60.

“When designing our vehicles, we really do think about the customer first,” Pratt said. “The massaging seats in the QX60, for instance. If someone is having a stressful day, we have this feature for them.”

Infiniti is emphasizing that “inside the vehicle is where you spend most of your time with it,” she said. “Your mind shift happens in the car. These are our moments.”

Pratt acknowledged that, in the past, Infiniti has “been known more for performance, with our Q50 and G” sedans, and for out-there styling, such as with its FX crossover. “But luxury has popped. That’s something we want to lean into even more. That’s a big opportunity for us.”

This process is clearly a journey for Infiniti, not a lay-up, as it were. For example, the brand staged experiential events such as at the New York Film Festival and in some high-end shopping malls “to get people in our vehicles,” Pratt said. “Then they would tell us verbally that [the interiors] had changed their perception of the brand and their willingness to buy the brand.”

And, she said, “performance can be defined differently, not just about zero-to-60 times but also in terms of “how much you can tow.”

In any event, Pratt explained, with pandemic-induced microchip shortages scrambling supply chains and traditional marketing needs, year-end “holiday sales” events won’t be coming coming back any time soon to the fourth quarter. Infiniti dealers’ inventories of QX60s and other models are improved over three months ago but “still an issue for us,” Pratt said. So, “This is a great time for us to step back as a marketer.”

And in doing so, Infiniti is “trying to future-proof the brand” as well as change perceptions now. “How do we build something credible now to set up for success in the future? Now is the time to do it, with the shift in supply and demand. As marketers, you have to take a chance sometime. And this is the right moment to do it, because all of us are more open to doing things differently.”

Which SEO Metrics Matter Most to Marketing Leaders, According to Semrush’s VP of Brand Marketing

How to Personalize Customers’ Omnichannel Experience

How to Personalize Customers’ Omnichannel Experience