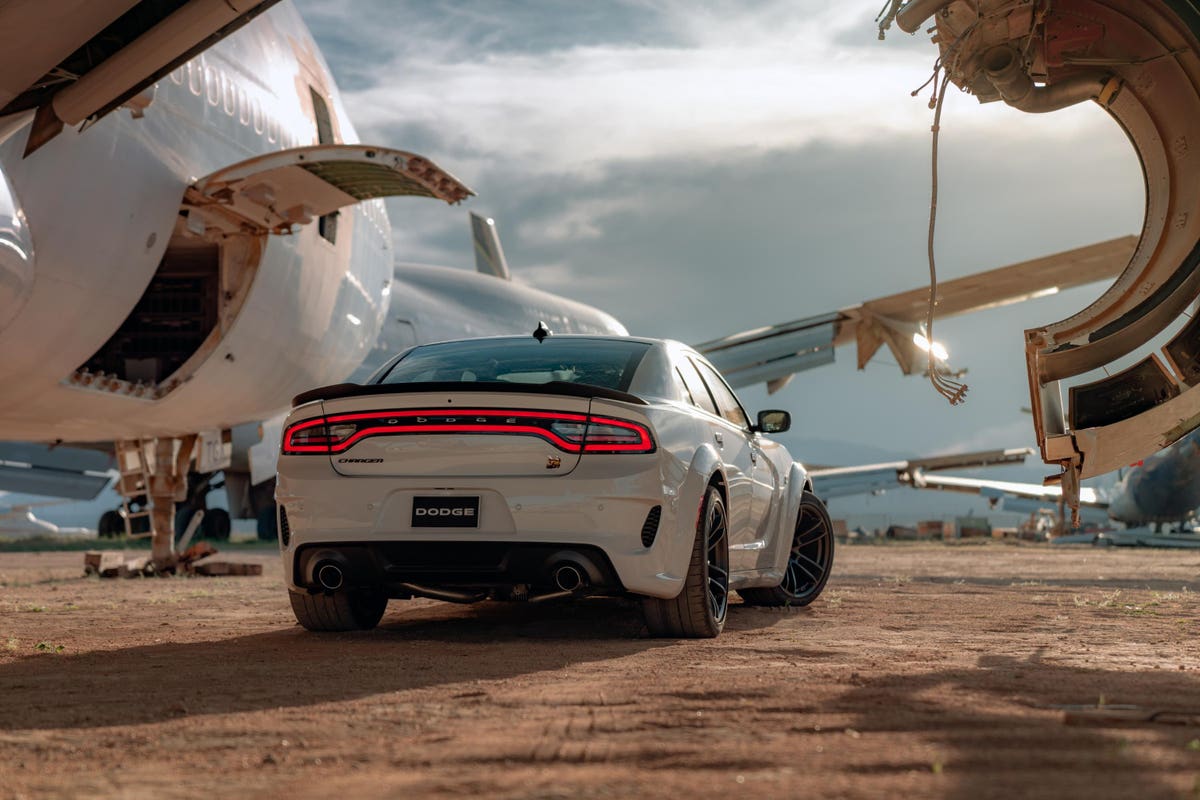 Dodge keeps intensifying its effort to refine its brand as the most extreme mainstream marque of any automaker that’s devoted to American consumers who like good, old-fashioned power under the hood and gravel-scraping performance at the corners. This is the determined path forward for a Stellantis-owned muscle-car franchise still getting its bearings in a world lurching away from internal-combustion engines more quickly than anyone imagined just a couple of years ago.

Led by its introduction of a plug-in hybrid small SUV reviving the Hornet nameplate yet this year, and followed by models to replace the current gas-powered Challenger and Charger by 2024, Dodge finally is falling in line with the rest of the industry and bowing to the electric-vehicle mandate that is inexorably taking over the planet.

But Dodge, its gasoline-addicted fans, and its awesomely powered internal-combustion-engine vehicles are going out screaming. That’s underscored by a just-introduced new marketing campaign by the brand that features video footage of actual Dodge owners and enthusiasts doing what they do best: laying rubber in their Challengers and Chargers, including Challenger Hellcats that deliver more than 800 horsepower.

“These people have a love of the brand, and we have a love for the brotherhood of muscle, that run deep,” John Millar, head of Dodge advertising, told me. “They’re incredibly loyal — not just fans, not just customers, but part of this brotherhood. They live and breathe Dodge and embody what Dodge is all about and what it stands for.”

Indeed, the owners depicted in the campaign are obviously willing to go to great lengths to record themselves and their friends doing their thing in all manner of Dodges, some of them tricked out. “All of these shots are from real [owners] from their phones or other things they’ve set up, like GoPros,” Millar said. “We didn’t go out and shoot any of it. They use suction cups and long arms, stick them to windows or attach them to the outside of the vehicle.”

It culminates a summer during which Dodge encouraged “the brotherhood” to repost and share their favorite content across their social-media channels with the hashtag #ThatsMyDodge and #ad, and Dodge culled the best. Its filters for selection included only content “showing legal, safe driving practices and discouraged owners from filming or posting anything dangerous, hazardous, illegal or harmful to the Dodge brand,” the company said in a press release.

“Dodge went looking for content that shows off the unique culture of American muscle enthusiasts,” the company said, including “where owners show off not just their vehicles and modifications, but how they care for their Hemi engines, Hellcats and [other accessories], how they use them and even where they park their ride.”

The new ad campaign follows up on a flurry of recent marketing efforts by Dodge, which also included its creation of a curated list and interactive map of events, roadhouses, restaurants, rest stops, races, drag strips, iconic and scenic drives, lodging, sporting events and others that might appeal to members of the Brotherhood of Muscle, who clearly cling together more than owners of most automotive brands.

Dodge also staged a driving contest and using those results and other criteria selected early this year a “chief donut maker” for the brand, an owner named Preston Patterson, who has been making appearances around the country on behalf of Dodge and its vehicles.

“If another brand is considering something, we immediately won’t do it,” Miller said. “We really blaze our own path.”