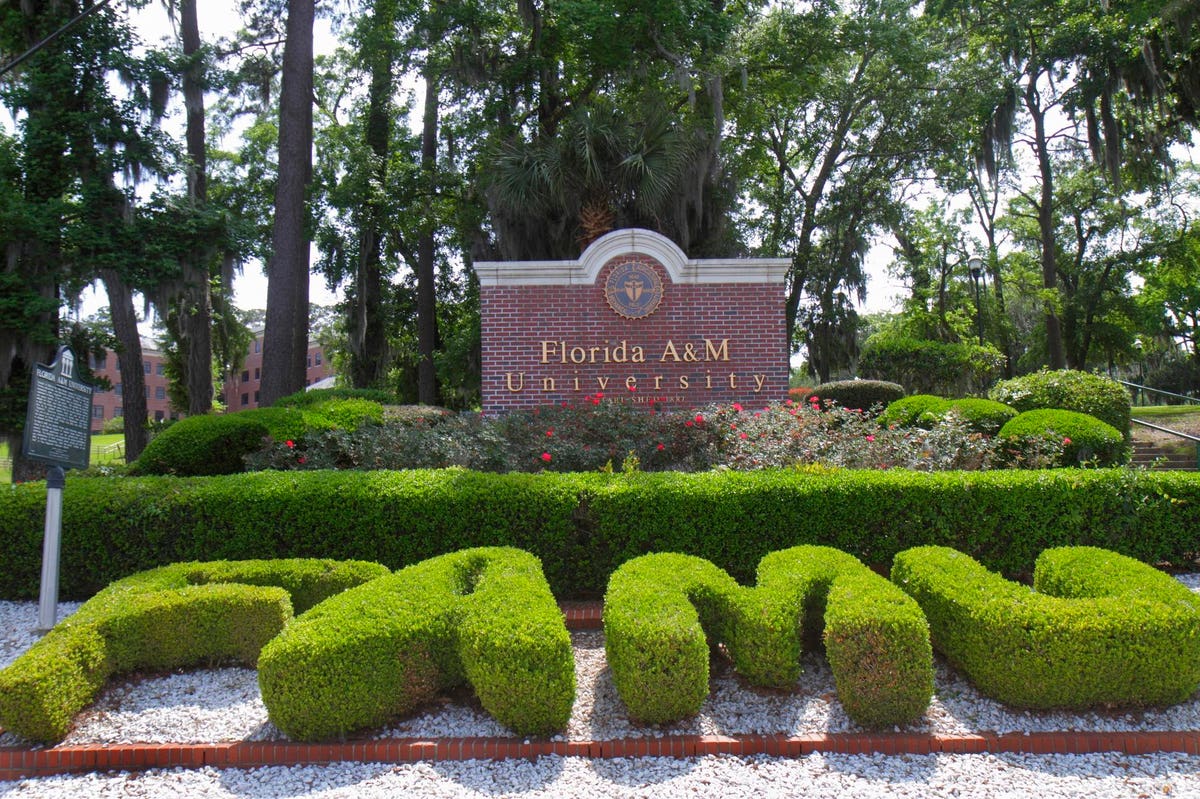 The astute observer may have noticed a curious pattern in brand event activations and collaborations as of late. In February, a car featuring a distinct black and gold wrap sped around the track at the Daytona 500. Colorful cars are a staple on NASCAR tracks; this, however, marked the first time that a car featuring the Grambling State University logo appeared. In April, the Recording Academy’s GRAMMY U launched its HBCU Love tour at Howard University. Later that same month, Ralph Lauren announced a capsule collection, inspired by vintage collegiate fashion, in conjunction with Spelman and Morehouse Colleges. Fast forward a few months and the Louis Vuitton’s Spring/Summer 23 Men’s fashion show opens with a performance by The Marching 100, Florida Agricultural and Mechanical University’s (FAMU) famed marching band. A few weeks later, attendees at the United States Tennis Association’s (USTA) U.S. Open, had the opportunity to experience HBCU Live, a celebration of the “culture, history, and pride” of HBCUs and their historic connection to tennis What do all of these examples have in common? The easy answer is that they highlight HBCUs, Historically Black Colleges and Universities. The more insightful answer is that they feature brands that have historically served as bastions of whiteness celebrating a very specific element of Blackness.

It is quite possible that many c

onsumers of the aforementioned brands have never heard of HBCUs, the institutions that have served as touchstones of education in the Black community for generations. Founded in response to segregative educational policies that prohibited African-Americans from pursuing post-secondary degrees, HBCUs continue to serve as a pillar of the community. Combined, the 104 remaining HBCUs account for just 9% enrollment of Black students but 17% percent of Black bachelor’s degree holders. As the top producers of African-American professionals across a number of fields including healthcare, engineering and STEM, Historically Black Colleges and Universities tout networks of alumni, students, and fans with impressive purchasing power. By the numbers, HBCU graduates represent a $130 billion market. A recent report by McKinsey suggests that with sufficient institutional support, this number has the potential to grow to $140 billion.

In aligning with HBCUS, firms tap into a uniquely valuable target market. Often overlooked in the marketplace, HBCU students, graduates and supporters are eager to patronize brands that recognize and celebrate their institutions. Ralph Lauren representatives reported that their Spelman and Morehouse capsule sold out within a day, demonstrating the “the enduring legacy and traditions of HBCUs.” HBCU affiliation is not unlike that of other colleges and universities, it runs deep and endures; alumni proudly represent their schools. However, operating in the dual roles of cultural and educational institutions, HBCUs are distinct, consequently, so are the bonds that people form with them. These bonds create a simple and identifiable basis for customer segmentation and targeting. This is not to say that all attempts to penetrate this market will find success. An educated and discerning group, firms must do their homework to ensure that their offering represents an authentic connection if they hope to successfully appeal to HBCU grads. In many of the aforementioned cases, the collaboration was spearheaded by member of the firm, or an external consultant, with a direct connection to the partner institution.

While they may be the most unexpected, the firms mention in the lead paragraph are far from the only ones courting this target market. In recent years, brands like Tiffany & Co, Pepsi, Peloton, and Aflac all created campaigns specific to HBCUs. Simultaneously, brands like ESPN, Under Armour, Nike’s Jordan Brand and Nike’s Lebron James Brand, inked contracts aligning them with the athletic departments of the historical institutions and their fans.

This rather sudden shift in attention toward HBCUs begs the questions: Why this? Why now? Afterall, Cheney University, the first HBCU, opened its doors in 1837—in the almost two centuries since, these venerable institutions and the communities that support them have gone virtually unnoticed by mainstream marketing efforts. The skeptical among us might point to commitments to racial justice that brands made in the wake of George Floyd’s murder, suggesting that while appearing to fulfill promises to the public, firms are benefitting from the patronage of this target market. The optimistic among us might argue that the pattern in marketing efforts reflects a greater societal shift in which we are beginning to recognize the value (and humanity) of all groups. The dogmatic among us split the two, acknowledging that while firms stand to gain new customers, attract new employees and, in some cases, advance racial justice initiatives, that HBCU’s are receiving unprecedented levels of support and publicity and their supporters finally get a chance to see the schools they love celebrated by the masses.

14 of the Best Examples of Beautiful Email Design

Kick Off The Holiday Season With Our 2022 Guide