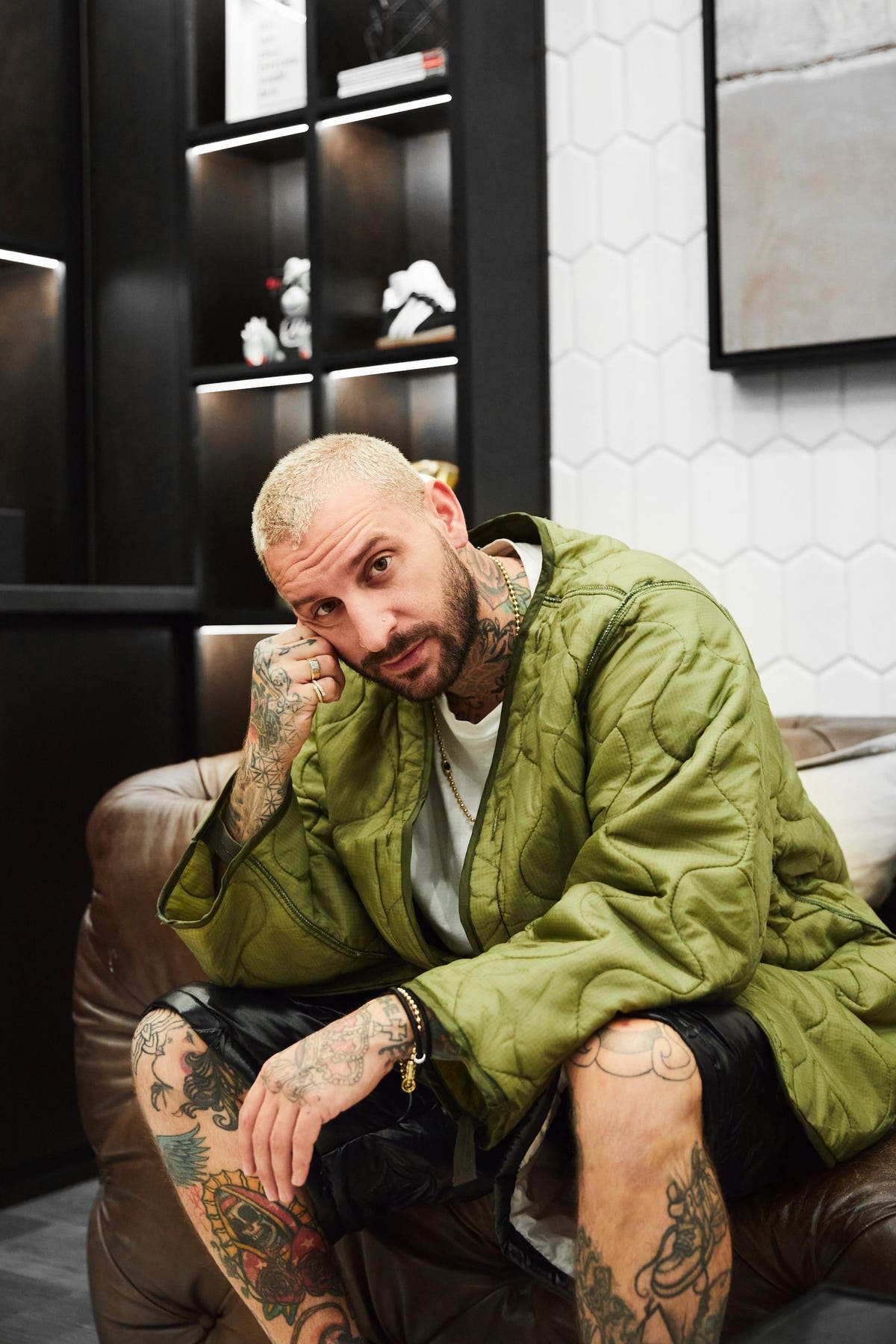 Dominic Ciambrone, also known as The Shoe Surgeon, is “the man” in the world of custom sneakers.

His company, SRGN Studios, is about pushing the unique and timeless craft of custom shoe making, product innovation and design. They don’t skimp on materials or quality.

While many of the sneakers are truly works of art, they are also meant to be worn and will last a lifetime.

And when I call them “works of art,” I’m not exaggerating.

And as crazy as it sounds, it’s not about the money with Ciambrone. It’s really about giving the customer that feeling that he got when he put on a new pair of sneakers when he was a kid.

He said, “Wearing these shoes as a kid, it gave me a voice without having to speak. It gave me a special feeling. It was hard for me to connect with people. I started collecting Jordans but then all of my friends had Jordans, so I was like, ‘That feeling is gone now because we all have the same shoes.’ So, that’s when I airbrushed my first pair of shoes. And it was the same feeling. The kids at school were like, ‘Where did you get them?’ And I said, ‘I made them.’ And that’s when I realized that I could recreate that feeling myself.”

And that experience doesn’t come cheap these days. If you’re interested in buying that experience yourself, the pricing for a custom pair starts at $5,000 and the sky is the limit.

Ciambrone said. “I’ve been working at this for my whole life. So, you’re not just buying a product; you’re buying a piece of me. Really, every transaction is just a transfer of energy between two people.”

And he truly has been working at this for his whole life.

When he started there were no schools in the U.S. teaching the art of shoemaking. There were a couple but they were in Europe: A long way from his garage workshop at his parent’s home in Northern California. So, he figured it out himself. He spent his 10,000 hours studying and perfecting the art of making high-quality, long-lasting shoes.

Later, he connected with a custom bootmaker in his area. It wasn’t exactly the footwear that he was into but he got to learn from a master craftsman, operating at the highest level, who taught him how to create high quality footwear.

While he was learning and perfecting his craft, he still had bills to pay, so he did whatever it took.

Ciambrone said, “I was working in a store and I was selling supplements. Then, I was selling stuff on eBay. And all this time, I’m working on sneakers. I was doing just enough to be able to pay the bills, so I could work on something that I was passionate about.”

He was selling some custom sneakers to friends and was lucky to get $100 a pair. And by the time you factored in the materials, and the time it took to produce them, he was losing money.

Ciambrone said, “I didn’t really know what Instagram was at first. It was just a place where you posted pics and your friends followed you. But it was a way to get your art into the world faster. What put rocket fuel into the business was the Jordan IV pythons that I made. That really took off. Then, I was getting orders for custom one offs. It just kept growing and a year later I moved to LA.”

And when celebrities started placing orders, and then showing off their new custom sneakers on social media, his business just exploded.

Then, the brands started reaching out. He’s collabed with countless Fortune 500 companies, such as: Pizza Hut, eBay, Nike, Reese’s, Ruffles and many more.

When his company started to grow, Ciambrone wanted to give back to the industry that has been so good to him.

He never forgot how hard it was to find someone to teach him the art of making high quality footwear.

So, he opened The SRGN Academy.

It truly is like Willy Wonka’s Chocolate Factory for sneakerheads.

Ciambrone is also looking to expand his empire into other areas.

He said, “I’m working on my clothing line and original shoes and I want to venture into furniture and interior design as well. I love architecture, cars, tattooing, welding, music, hospitality… there’s really no limit. I am a creative and can, and will, do anything I feel called to do. I want to express myself in all types of ways and not be confined to a box.”

He didn’t start with the goal of owning a multi-million-dollar business.

He just fell in love with sneakers and wanted to learn how to customize and make sneakers himself.

Without that passion, he never would have put his 10,000 hours into mastering his craft.

So, if you really want to become super successful in an industry, then you’re going to have to invest a significant amount of your time in it. So, you might as well do something that you love.