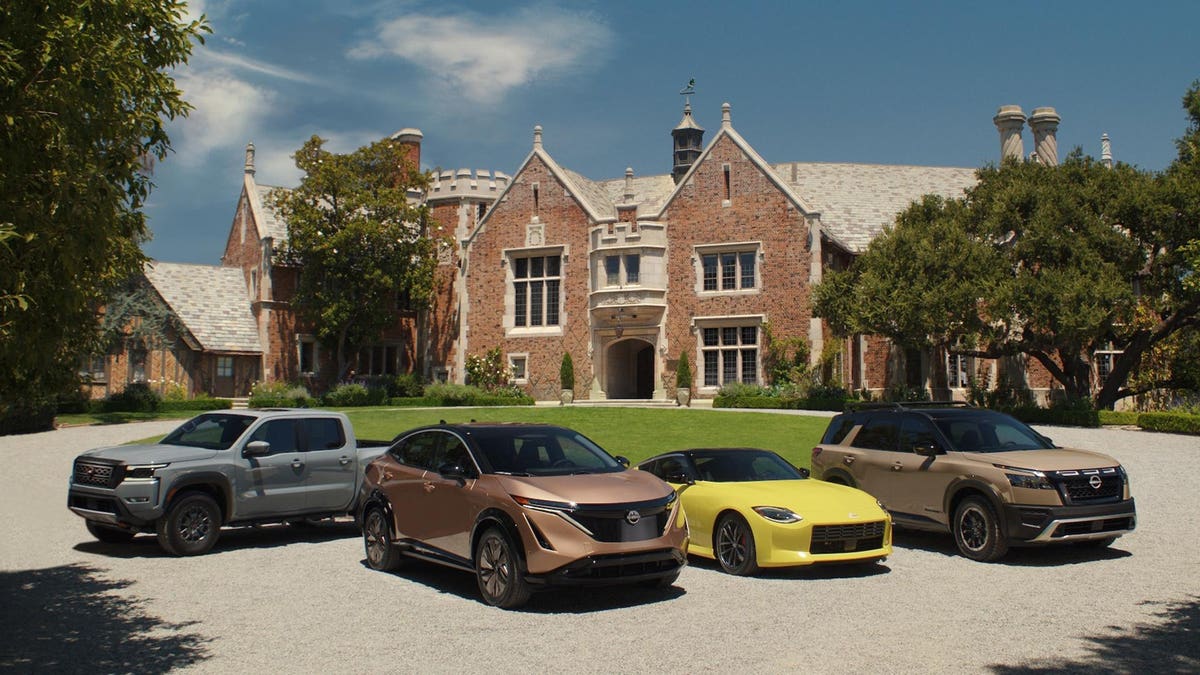 Nissan has brought back its “Heisman House” advertising campaign this fall for the 12th football season, and it may be one of the most notable versions ever of one of the longest-running automotive ad campaigns. And this time — thanks to the revolutionary new ability of college athletes to market their “name, image and likeness — the automaker welcomes a non-graduated award winner to its crib.

Like almost all other car marketing these days, the new Nissan campaign also heavily promotes the brand’s increasing tilt toward electric vehicles.

Heisman House is still “able to move the needle when it comes to our brand metrics,” Allyson Witherspoon, vice president and chief marketing officer for Nissan U.S., told me. “It’s meant to be a brand campaign, and year over year we see a strong double-digit lift in awareness and brand equity. [Already] there’s some familiarity, and it improves on consideration too.”

Witherspoon noted also that “we’ve been doing it so long that it’s still relevant in the culture. You have a new Heisman every year, and you have new stories you can keep telling.”

Indeed, the Heisman House is so chock full of former winners of college football’s most prestigious individual trophy that there are nearly an infinite number of scenarios that can involve single ex-jocks or groups of them, depending on the narrative theme. They include Baker Mayfield, Barry Sanders and Tim Tebow as well as Bryce Young, the Alabama quarterback who won the Heisman in 2021 and, conveniently for Nissan, now can qualify to be used in marketing even while he’s back on campus slinging the pigskin again this year for the Crimson Tide.

This year, Nissan is leaning into the EV revolution partly by having its heroes experience new technology in comical ways, such as depicting venerated ex-coach Steve Spurrier have trouble plugging in a 2023 all-electric Nissan Ariya, to the amusement of the younger ex-athletes. But then the old coach turns the tables by telling them to “just pick it up” when a land-line telephone rings in the house and they’re not sure what to do with it.

Nissan also uses a spot featuring Tebow to underscore the fact that it still, among a fading number of automakers, offers a manual-transmission vehicle. True to his career-long persona, the Heisman winner from the University of Florida displays determination to figure out how to drive a stick shift. “It’s more niche than one or two decades ago,” Witherspoon said, “but it’s still a badge of honor for people who can drive a manual.”

Football fans continue to enjoy the Heisman House scenarios regardless of whether they’re in the market for a vehicle right now, and Nissan is happy to oblige them. For example, this year’s spots give some glimpses into the personality of Barry Sanders, a Heisman winner from the Oklahoma State University who went on to a Hall of Fame career with the NFL’s Detroit Lions — but who famously kept mostly out of the public eye and to himself.

“We’re showing them in a light that not everyone gets to see,” Witherspoon said. “There’s interaction among the players, a little bit of legend and lore. Are they really friends? Do they get along? The reality is that they do.”

Witherspoon said Nissan welcomed the “natural fit” of including Young after the change that finally gave college athletes clearance to profit legally from their personal brands in marketing. “The integration felt right and natural for us as a brand, creating a natural way for us to leverage NIL in a way that was true and relevant to us,” she said. A “Game Day” spot in the campaign, in fact, runs with the idea of how the older Heisman winners tease Young when he’s looking for pieces of his uniform to get ready for another Saturday contest.

“When you have something that runs this long,” Witherspoon said, “it’s usually a challenge to keep it fresh. But with Heisman House, it’s not a challenge, because every year we have a new way to leverage stories with the athletes, and the players are so open to it. We’re still able to generate really fresh ideas.”

How to Add Tags to YouTube Videos & Why They’re Important

The Importance of Automation for Knowledge Management

The Importance of Automation for Knowledge Management