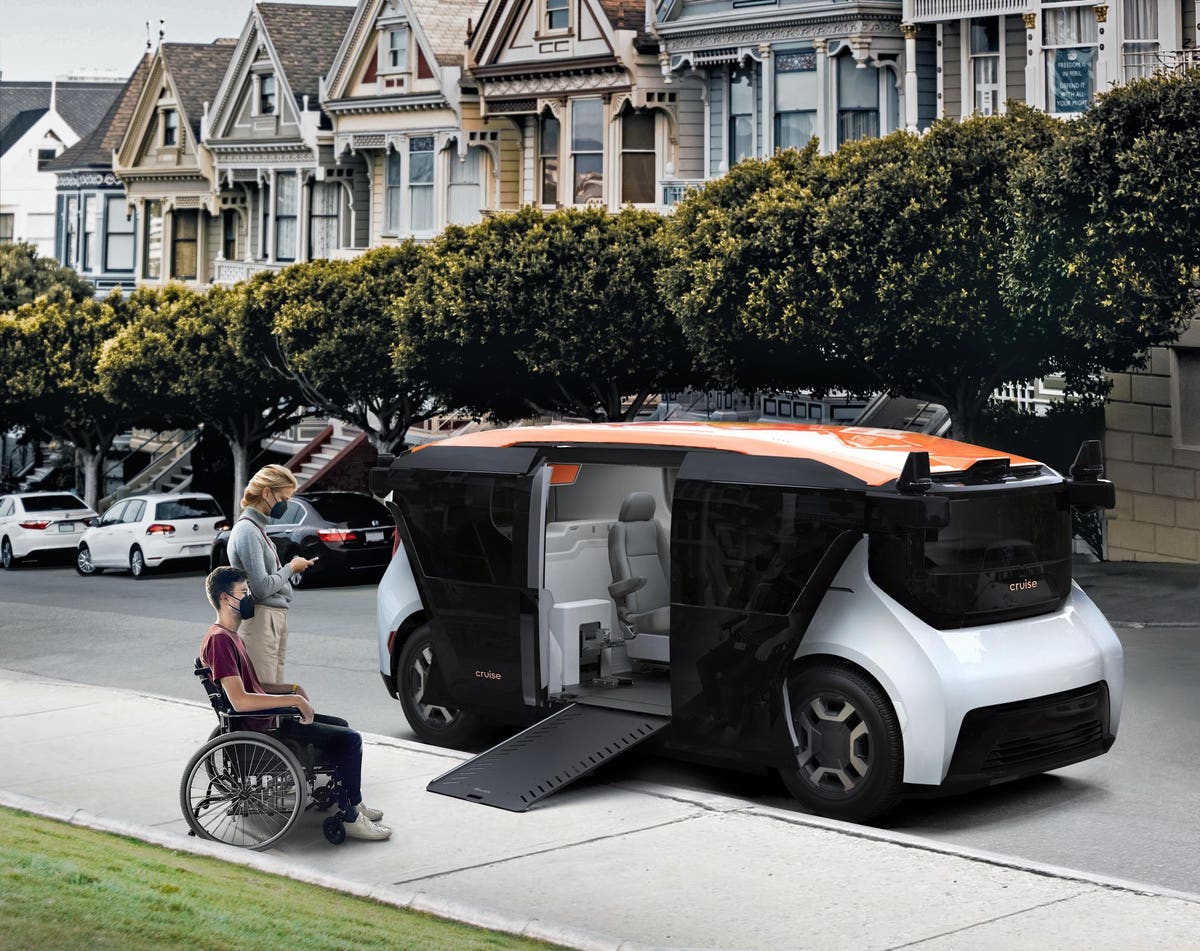 Imagine using your ride-hailing app to call a car, as most of us have done anywhere from dozens to hundreds of times, and when it arrives it has no driver. While just a few years ago this scenario might have seemed like something out of a science-fiction movie, today, in several cities around the world, it is a reality.

In June 2022, electric vehicle maker Cruise became the first and only company to operate a commercial, driverless ride-hail service in a major US city. The San Francisco-based company piloted the program in its home city and has so far completed over 4,000 rides. It is also operating in Dubai, with several more cities to come. But Cruise’s goal is even more ambitious than transforming ridesharing in cities. By taking on issues of safety, accessibility, and sustainability, it wants to transform cities themselves—and in doing so, improve the lives of residents and help to combat climate change.

When it comes to autonomous vehicles, many people have safety concerns. We’ve all seen the headlines about driverless cars getting into accidents. What we don’t see, however, are headlines every time an accident occurs with human-driven cars. These are so commonplace that they rarely make the news. Which is why you may be surprised to learn, as I was, that almost 43,000 people died in motor vehicle traffic crashes in the US last year—the highest number since 2005.

The truth is that most crashes are caused by human error, so removing that from the equation actually makes driving safer. And safety is Cruise’s number-one goal for its vehicles, says Robert Grant, Cruise’s senior vice president for government affairs and social impact. “The current way we move around in vehicles is very unsafe,” he points out. So the company’s strategy from day one was to create a product that would move people around in a safer manner than with humans at the wheel. “Safety has been at the forefront of everything,” he says. “From the building of the vehicle, to the operations of the vehicle, to the maintenance of the vehicle, to the cleanliness of the vehicle. Everything we do is oriented through that issue of safety.”

And because, as Grant points out, “the safest thing one can do in a car is buckle your seatbelt,” doing so is actually a requirement for Cruise customers. The ride will begin only after the passenger is buckled up. And at the end of the ride, the car reminds the customer to watch out for bicyclists when exiting the vehicle.

Cruise’s second goal is to address climate change. Transportation is the largest contributor (27 percent) of greenhouse gas emissions in the US, and in California it’s 40 percent. Not only are Cruise’s vehicles electric, they are powered by 100 percent renewable energy. Of course, as Rob Grant acknowledges, Cruise is only one company. “As we look at an issue as large as climate change and sustainability, you could be overwhelmed by it,” he says, “or you could ask, ‘What is in my control that I can help with?’” Pointing out that it is part of Cruise’s philosophy to balance its passion with humbleness, he goes on, “There is only a certain amount of this that we can control, and what we can control we can make affirmative decisions on.” One thing in the company’s control is where it sources its energy from. And while Cruise is a global company, it very much believes in acting locally. Through what it calls its “Farm to Fleet” program, it sources the solar power for its San Francisco vehicles from local fruit farms in California’s Central Valley.

Local action, in fact, is at the heart of Cruise’s mission. The company, Grant says, has always aimed to help people improve life in their cities and wanted to use its products to “bring even more impact to areas of need.” As with many of the businesses I have been profiling recently, the COVID-19 pandemic generated a need that turned out to be a catalyst for the company.

With so many people out of work, the demand for food assistance was growing, but it was not safe for San Francisco residents to come to food banks in person as they normally would. With everything shut down, Cruise had a fleet of several hundred vehicles that weren’t being used and, as Grant put it, “an ability to move things without people in the vehicle to people who need them.” So Cruise partnered with the San Francisco-Marin Food Bank and a new organization, SF New Deal, which was working with restaurants to make food for those in need, and provided a way for the food to be delivered safely. And deliver it has —more than 2 million meals since the onset of the pandemic.

This initiative is part of “Cruise for Good,” the company’s social impact program that dedicates at least 1 percent of its fleet to serving important community needs. As Cruise expands its business to other cities and countries, it wants to replicate this kind of collaboration, with the understanding that every community has its own unique needs. Cruise’s role, says Grant, is to listen to local voices, as they are the ones who know the needs of their communities best, and then work with them to serve those needs.

In addition to the strong collaborations that have made Cruise for Good such a success in San Francisco, Cruise is partnering with other companies to expand its reach and accomplish shared sustainability goals. It is working with Honda to bring its vehicles and services to Japan, where it has already started testing its rideshare service in one small city, with hopes to move to Tokyo next. With Walmart, Cruise is teaming up to provide sustainable delivery services for the company’s e-commerce customers in Phoenix.

In its partnership with General Motors, Cruise is working to develop a first-of-its-kind wheelchair-accessible autonomous vehicle, called Origin. Grant sees this as truly game-changing technology. Having access to a fully driverless vehicle will offer wheelchair users a kind of freedom they haven’t had before. “That idea of personal freedom, personal mobility,” he says, “is something that we feel very deeply about.”

“We also think it could be good business,” he added, making a point I strongly agree with in terms of cultivating stakeholder capitalism: Doing good and doing what’s good for business can and should no longer be seen as two separate things.

If you’d like to dive deeper with more purpose-led companies like Cruise for Good, check out the Lead with We podcast here, so that you too can build a company that transforms consumer behavior and our future.

What’s TikTok’s Attribution Manager & How Can Advertisers Use It?

The FIFA World Cup Is Nearly Here, So Where’s All The Fanfare?

The FIFA World Cup Is Nearly Here, So Where’s All The Fanfare?

How to Communicate the Value of Market Research