Does The Microsoft And Netflix Deal Save Them Both? The Latest On A Big Ad Tech Shift 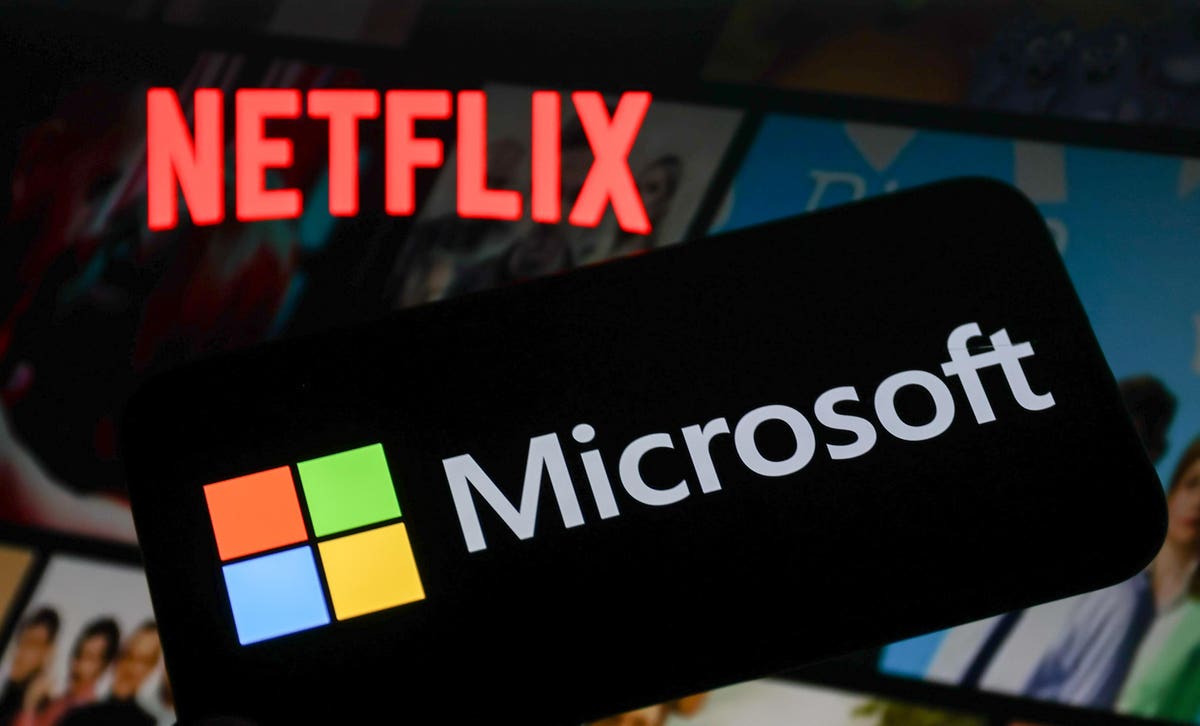 As Netflix suffered the outrageous slings of post-pandemic fortune, it turned to Microsoft just last month to create a partnership for its launch of a new ad-supported subscriber plan. That Microsoft (gaasssp!) was the high-tech choice for an ad-tech partner was a move that, by the breathless reporting, seemed to surprise everyone. But it should have surprised no one.

Though Netflix might well have chosen other partners, it aimed at Microsoft because it had been, as I reported here recently, quietly assembling an ad-tech juggernaut for years. And the Netflix deal is an endorsement of Microsoft’s rebound as high-tech competitor in the profitable ad world. After all, one could think of more than a few other potential ad tech partners Netflix might have chosen.

Going into the ad business was a logical next step for some of the most premium, binge-worthy content on the internet. And what could be more sensible than finally making that largest streaming audience in the world available to brands, too. Marketers licked their lips! Oh the data!

For sure, it was a move that needed to be made. Netflix did announce it lost subscribers in the second quarter of this year, but those losses were lower than expected and the company is still minting lots of traditional coin: net profit was $1.44 billion, up 6.5% from $1.35 billion a year earlier. The company also predicts a 1 million subscriber gain in this next quarter.

The giant, industry-changing Microsoft/Netflix advertising alliance, with the new ad-supported subscription model slated to arrive in early 2023, could relight the growth rocket for Netflix in streaming and for Microsoft in the ad market—while providing a whole lot of opportunities for intrepid brands that get there first. Here’s why:

They can set the bar high for quality ads. Netflix has one of if not the most valuable pool of inventory in the world of video advertising. Microsoft’s Xandr has the full ad tech stack: an ad exchange and ad server in addition to its DSP, so Netflix can do direct deals or expand into programmatic when the time is right. Either way, going with Microsoft is intended to send a signal that ads will be premium and more bespoke.

They’re not competing with each other (yet). Unlike others who might have been obvious contenders to monetize the Netflix ad inventory, Microsoft won’t be competing to push its own video inventory. Comcast’s NBCUniversal operates the Peacock streaming service while Google owns YouTube. All of it means greater streaming competition like never before.

They’re both massively global. A whopping 147 million of Netflix’s 222 million subscribers live outside North America. Microsoft is a global partner that can serve Netflix’s ad technology needs and sell ads for it in every market around the world.

They can both continue to wear the privacy mantle. Netflix is notoriously secretive about its data, not sharing viewership stats even with show makers. And Xandr (the first-party data-centered buying platform Microsoft bought from AT&T) has a track record of proclaiming its focus on guarding sellers’ information. So, now that Microsoft is also crossing over and selling ads, it can trade on the perception it has a strong dedication to privacy, particularly in markets where government scrutiny is growing (like the EU). Plus, Microsoft’s Windows is ubiquitous in government offices, giving it a kind of home-court advantage.

The duo could deliver the death blow, or at least mortally wound, traditional TV. At this July’s Q2 earnings announcement, Netflix CEO Reed Hastings declared (again) that linear TV would be dead in “5 to 10 years.” Linear TV is indeed in trouble and the traction that Microsoft has via Xandr on the traditional TV side could help Netflix to quickly set up those traditional TV advertisers to buy its inventory. And as Shelly Palmer points out, “If Netflix or another streaming service or group of services purchases exclusive rights to the NFL in 2031 (which we’ll know by 2029ish), then Reed is absolutely right: linear TV will die an accelerated (but still painfully slow) death… one filled with reruns of very old shows.” Ouch.

There’s plenty of speculation that the Microsoft/Netflix deal is a precursor to an acquisition, which would dovetail nicely with Netflix’s gaming ambitions (recall that Microsoft is close to completing its deal to buy Activision).

Whatever the future case may be there, the opportunities for brands and advertisers with Netflix now that Microsoft has become a dominant ad-tech/ad-seller/ad-buyer partner are nothing short of game changing. Enterprising brands will be smart to take notice early. Netflix still commands the most viewing time of any streaming service (1.33 trillion minutes from September 2021 to May 2022) and has in the pipeline a raft of new exclusive (and proven) content like Squid Game, Stranger Things and Bridgerton that are a big draw for loyal premium audiences. And that, as they say, is priceless.